← more from
Materia Collective
Get fresh music recommendations delivered to your inbox every Friday.

Hang on to Your Hat 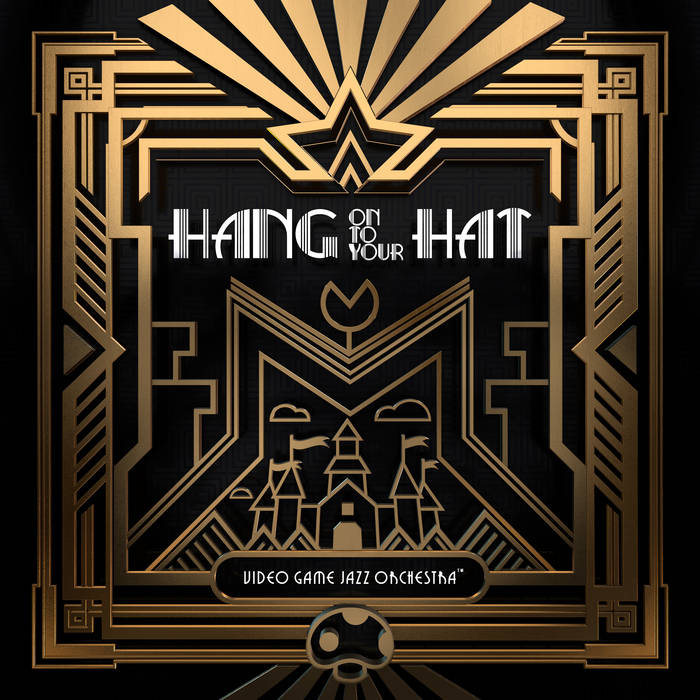 Oynque What a fun, swinging album! I could easily have picked from a few songs for my favorite, but the title track has it all. Very well done! Favorite track: Hang on to Your Hat.

Austin Wintory This blew my mind. Hats off to all involved. VASTLY surpassed my expectations and special cheers to the gang in Nashville! Favorite track: Koopa Battle.
more...

Presenting the debut of the Video Game Jazz Orchestra, Hang on to Your Hat, featuring big band arrangements of music from Super Mario 64.

Brought to creative life by producer David Russell and a team of top-notch arrangers, the album highlights the timeless tunes from Nintendo's classic by maestro Koji Kondo. The album was recorded in Nashville at Ocean Way Studios with some of the best players and production crew in the biz.

Each piece takes us through familiar levels while leaving space to expand and show off. Hear the music of Mario and his nemesis Bowser as you've never experienced it before!

"Hang on to Your Hat" was made possible by the following individuals:

Hang on to Your Hat was performed by the following musicians:

Super Mario 64® is a registered trademark of Nintendo Co., Ltd. Musical compositions are ©1996 Nintendo Co., Ltd. and are used with permission. Materia Collective LLC and respective artists on this album are in no way affiliated, associated, authorized, endorsed by, or in any way officially connected to Nintendo with respect to this album. Video Game Jazz Orchestra™ Materia Collective LLC, pending registration. All rights reserved.

For complete credits and information about this release, please visit Materia Collective: www.materiacollective.com/music/hang-on-to-your-hat-mario-64

The Video Game Jazz Orchestra is here to serve top of the line jazz arrangements of your favorite video game music.

Bandcamp Daily  your guide to the world of Bandcamp